According to BBC news these two animals are facing extinction in the UK due to loss of Habitat.

The reason for loss of habitat is the UK’s approach to modern industrial farming.

it is  the methods of agriculture that destroys habitats for these creatures. 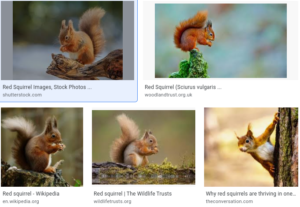 These creatures require trees, woodland and meadows to thrive in their existence.

and their food supply.

Professor Fiona Matthews states that farmers who provide these habitats should rewarded from Government subsidies.

Barnoss Young states that you can’t put the gene back in the bottle once released, similarly you can’t change the edited

genes in crops once they have been developeed.

Insect populations are being devastated by the use of insecticides. They are all unnessary when you engage the

Howard-Higgins technology of pest and disease resistance in farming. How is this done? I hear you ask. It is simply done

by generating the right fungi and bacteria in you farming system

system of pest and disease resistance in agriculture. Lord John Crebbs is missing the point about taking the gluten out of wheat.

Take a look at this field on the outskirts of Shenley Village in Hertfordshire. This is a prime example of

the loss of habitat for all kinds of species not just the Red Squirrel and the Hazel Door Mouse. Not only that

this field is completely dead in terms of all kinds of biodiversity. There is not a living thing to be found in its 300 acres.

of which about 30% germinated and then failed. You can see in the distance certain green areas which is where the germination

THIS ALL  FAILED IT WAS AGAIN TILLED

lose more and more soil and thus our food supply.

solutions to all the pests and diseases that are beseiging agriculture today.