The Plum Village Buddhist community are located here with 3 farms. The system had been discovered on the internet by the funders of the Plum Village community; the wealthy Astor family. Under their instruction the first HH-2 system was ordered and shipped to France. 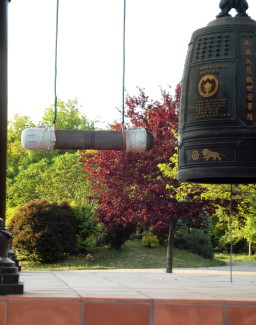 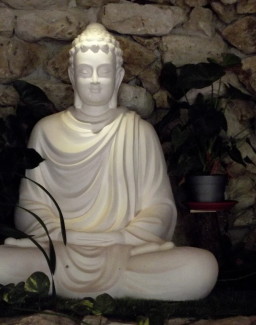 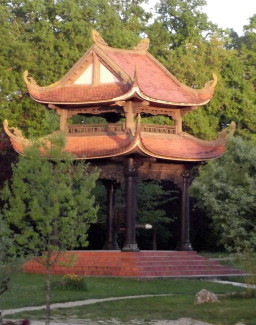 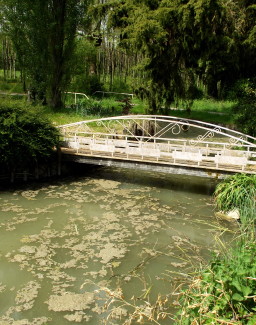 This is a hugely successful community. They grow a lot of their own food and want to grow more. Previously they had been buying commercially produced compost for their poly tunnels but it didn’t solve the problems of pests and diseases in their crops. 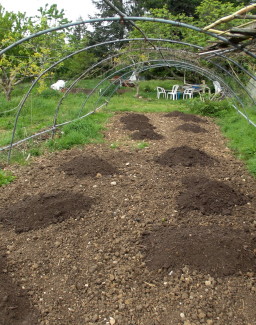 but this had not stopped the onslaught of pests and diseases.  A meeting was called for members of their three farms to attend. The aim being to generate an optimum fertiliser/soil conditioner from their own waste. 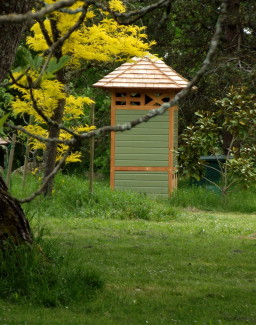 With their large number of visitors each summer (500) they were easily able to sanitize the entire site with no expensive infrastructure and return the waste (organic matter) to the soil with TNR total nutrient recovery in the most efficient way via the HH-2 technology.

The operators course was given over a few days and the staff soon mastered the ancient science of organic waste management as practised by the Chinese 5,000 years ago.

They were able to add more toilet housings quickly that housed the same HH-3 equipment. This is all above ground so poses no risk to contaminating the water table.

In conjunction with all their kitchen waste and crop waste, grass cutting etc., they soon had a closed loop system of fertilising their crops and maintaining a permanent sustainable solution to building their soil and protecting their environment.

This is a living example of how to manage a communities waste responsibly without using up valuable water resources that are becoming increasingly rare today and without leaving the fateful job of emptying pit latrines or septic tanks to someone else.

Thus there is no storage of human effluent left to fester, breed rats and flies and pollute water tables. This is one of the surest ways to improve the health of any community and prevent the spread of deadly diseases which come from unattended sanitation waste.

Tweet
We are a subsidiary of the charity
Good Gardeners International