Lincolnshire farmers have great problems with slug damage in their crops.

Metaldehyde is the active ingredient in slug pellets. These can wash into water courses that end up in water for human consumption. Apparently farmers apply this pesticide according to the weather predictions to help avoid run off into these water courses.

The HH-2 horticultural system does not have any problem with slugs, snails or caterpillars without using Metaldehyde. Its a matter of building up the right organisms in your soil .

This is a long term study of the soil that we have made with Good Gardeners International. 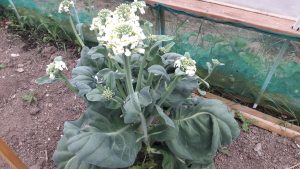 My observation as Director and inventor of the HH-2 Horticultural system is that slug pellets kill slugs, the dead slugs can be eaten by hedgehogs. This may well be a main cause of the decline in the hedgehog population.

The common understanding of slugs:

The Garden Slug (Arion distinctus) used to be called the Black Field Slug.

Nearly all snails and slugs are a pest in the garden. They all eat dead plants, but most chew on living leaves as well. They favour big, juicy leaves, such as the ones found on cabbage. The largest snail in the Benelux is the Great Grey Slug. The animal is also known as the Giant Garden Slug, and, because of the spots, Leopard Slug. It can be 20 centimeters long and live for up to three years. It is a strange slug indeed, for it feeds on leaves, but also on carrion and even hunts for other slugs! It is a nocturnal animal.

This is the Great Slug (Limax maximus), that even hunts for other slugs.

Even though it is not absolutely certain this is Lehmania valentiana, experts think it most likely is. This is a southern species which used to be very rare in the Benelux. But nowadays it regularly pops up in gardens and parks. It is a relative of the Great Slug, but rather indistinct and pale. This species seems to conquer the world quickly: it has already been found in Eastern Europe (Poland, Lithuania), Russia, Northern America (Missouri), Central America (The Dominican Republic) and even South America (Colombia). It has already reached the British Isles as well. To have or not to have a shell, that’s the question… Having a shell means that you are a snail, not having one means you’re a slug. Millions of years ago slugs had shells too. They lost them in the cause of evolution, but still have a remainder: chalky grains or even a chalky plate just behind the head. You can easily see the spot in the pictures below. They are of the biggest pest of all snails and slugs in the garden: the Grey Garden Slug will eat almost any plant and can be extremely destructive in rainy summers. but not so with our Horticultural System. This is a leading science in pest control

The HH-2 horticultural system does not have any problem with slugs, snails or caterpillars whatsoever. Its a matter of building up the right organisms in your soil. This is done with the HH-2 Horticultural/Agricultural System. 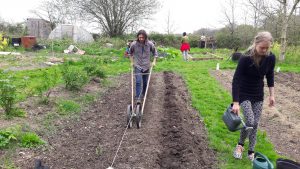 we do not plough or dig over the soil – this changes the EC (electrical conductivity) and also encourages slugs etc.,

for more information write to us and we will describe the packages we offer so you to can build an agricultural system like this.